State of Social, the WA-based social media and digital marketing conference, has proven so popular that next year’s event is expanding to two days.

Despite calls from the industry for Coffey to take the event to the east coast, next year’s two-day event will once again be held in Perth.

“We deserve a conference like this in Perth,” she said. “We hold our own when it comes to digital and we deserve to have some of the best come to our backyard to share their knowledge.”

“Everyone leaves the event feeling totally inspired and brimming with ideas they can implement in their own businesses,” she said. “That’s a big part of my brief to the speakers: give the audience lots of actionable take-outs. This isn’t just about big ideas; it’s about best practice, tips, tricks and insights.”

Coffey said next year’s theme will be “THINK!”

“It’s time to stop doing and start thinking,” she said. “Why are we doing what we’re doing? Everybody keeps acting – no-one is thinking.

A survey of conference attendees found 95 per cent thought the event was “amazing”, with comments like “best conference EVER” and “definitely the best social media and marketing conference I’ve been to. Thank you so much for bringing such valuable speakers to Perth.”

For those who didn’t get along to State of Social ’19, here’s what you missed.

Chris Wirasinha travelled from Sydney and shared his success story as co-founder of Pedestrian.tv. He spoke about the tyranny of algorithms, lamenting to the audience that curating and publishing great content is no longer enough. Chris gave the audience a hands-on exercise to get everyone thinking more creatively about how to write better headlines, his key to cracking the algorithm code.

Building trust in the age of AI

Jonathan Harley, a former journalist and now director at Twitter in Sydney, discussed the impact of AI on traditional media. He cautioned about the repercussions this trend is having on politics and democracy, a perfect lead-in to the Fake News Thought Panel, moderated by Nic Hayes of Media Stable and featuring Michael Best, Jenna Clarke and Heidi Anderson. The bottom line is the need for vigilance in truthful, factual reporting for brands and the media.

Matt Navarra, a UK-based social media consultant, spoke with State of Social founder Meg Coffey about the difficulties and challenges faced by social media managers in 2019. He stressed the need for brands to remain authentic on social to gain influence, authenticity being something he sees slipping away under pressure of the perfection trap and the chase of the algorithm. His candid observations and insider tips provided assurance while inspiring us all to do better.

Jenn Herman, founder of US-based Jenn’s Trends, rocked the stage with concrete tips and strategies to cut through on Instagram. She busted hashtag myths, provided practical tips — literally shouting from the top of her lungs — and reinforced why she’s one of the world’s social media experts. She left no stone unturned and provided so much utility everyone in the room forgot about the slump that normally sets in midafternoon.

The conclusion? There’s a trust issue. Many of us are becoming increasingly wary of social media and more cautious in how we use it. An increased focus on privacy, including joining smaller social media groups rather than posting publicly, was seen as a trend that would affect marketers and advertisers.

Kim McKay, founder of Klick X, flew in from Sydney to provide the definitive answer on influence and how social media marketers can achieve it for their organisations. She observed that brands are no longer in the driver’s seat and the consumer has all the power. To gain influence in 2019, Kim advised to make sure you’re providing the best customer experience possible. She left the room with great examples and a couple of great tools to check out.

Chris Messina, founder of the #hashtag, wowed the audience with tales from the trenches of Silicon Valley. Chris spoke eloquently about the social media industry and how the intent of those naïve early years has matured into global multinational companies. He gave the audience a glimpse of what we can expect from AI in his own talk and on the Now What Thought Panel, facilitated by Charlie Gunningham. Despite Chris’s sense of hope about the positive impact AI can have on our global society, Dave Stewart, Principal at Bennett + Co law firm, reminded us we don’t have control over our facial images or voice – the copyright is owned by whomever makes the content.

Next year’s conference will be held at Optus Stadium on 23 and 24 June. 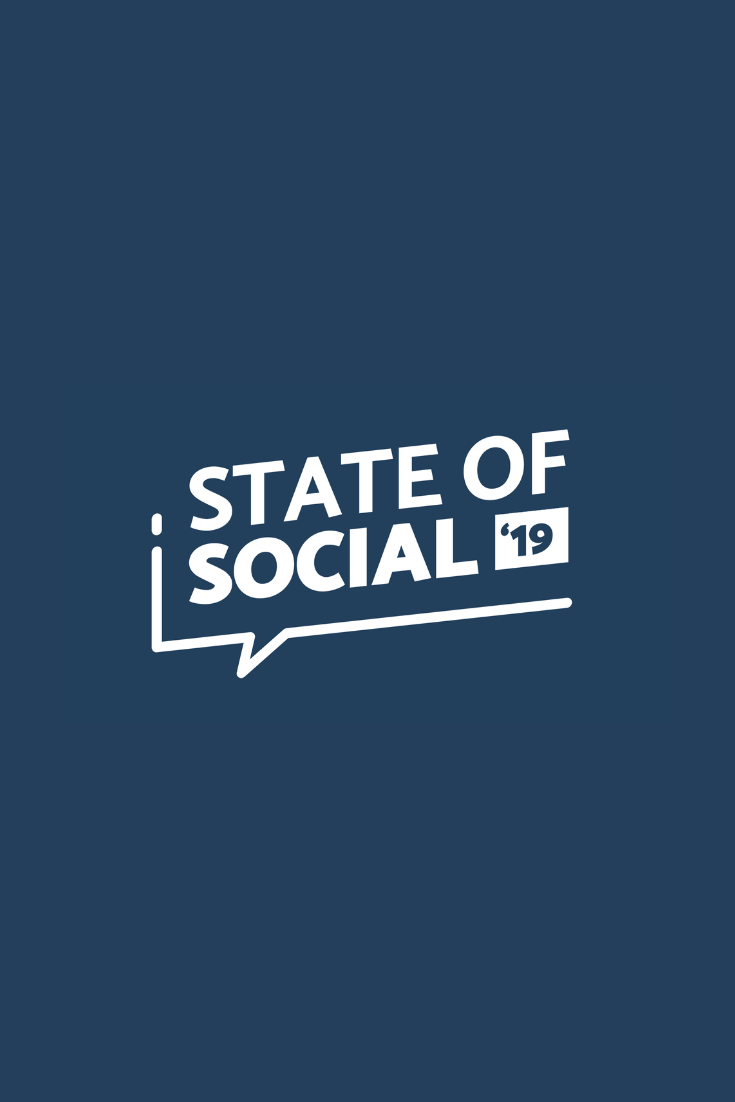